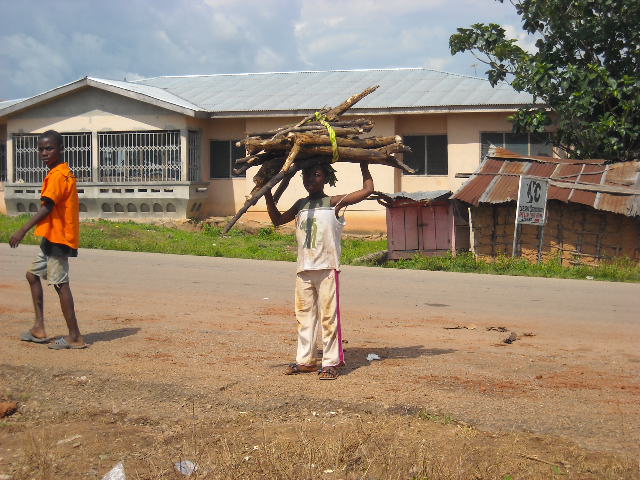 Energy poverty denies millions of people the basic standard of living that people want, need and have a right to. Without access to energy to cook, heat the home, earn a living and fully benefit from health, education and cultural opportunities, whole communities are trapped in lives of drudgery and subsistence. This chapter examines the impact of energy poverty on poor people and communities. It also highlights the transformational effects made possible when energy becomes available.

Two in every five people rely on wood, charcoal or animal waste to cook their food

Cooking is a daily need, with around 80% of the foods humans consume needing to be cooked, and yet this is a relatively neglected area of intervention. In 2009 a study found that only 2% of energy strategies in the least developed countries addressed cooking (Havet et al., 2009).

Two in every five people (2.8 billion in 2010) rely on wood, charcoal or animal waste to cook their food (Banerjee et al., 2013). Only 27% of those who rely on solid fuels (biomass or coal) are estimated to use improved cookstoves. Access to these stoves is even more limited in least developed countries and sub-Saharan Africa, where only 6% of those who use traditional biomass are taking advantage of such options (Legros et al., 2009).

It is not just cooking that requires a source of heat: sterilizing water and heating water for washing and personal hygiene extend the amount of time for which a stove or fire must be lit. Stoves are also used for home-based productive activities such as cooking animal feed, brewing beer and spirits, and cooking street food (often an important source of household income).

Cooking and water heating does not only take place in the home, but also on the streets (for street foods), in cafes and restaurants, and in institutions such as schools, hospitals and at workplaces.

Cooking and water heating without improved stoves or fuels

There are far-reaching implications of the lack of access to improved cooking solutions. Some of the most important relate to women and children’s time and workloads, health and environmental issues.

For those with the lowest incomes, who cook and heat water using biomass fuels on rudimentary stoves, smoke is one of the largest causes of ill-health and death. The Global Burden of Disease study 2010 (WHO) estimates that exposure to smoke from the simple act of cooking is the fourth worst risk factor for disease in developing countries and causes four million premature deaths per year (Lim et al., 2012), exceeding deaths attributable to HIV/AIDS, malaria and tuberculosis combined. Figures from 2012 estimate that 4.3 million die from indoor air pollution every year. More than half the deaths of children under five are due to pneumonia caused by particulate matter (soot) inhaled from household cooking fires (WHO 2014).

Exposure to smoke is greatest among women and young children, who spend the most time near open fires or traditional cookstoves. Table 1.2 provides a snapshot of three typical households in rural Kenya, showing when the woman and her youngest child were present in the kitchen with the fire alight. These fires emit fine particles, carbon monoxide, and other pollutants at levels up to 100 times higher than the recommended limits set by the World Health Organisation (WHO). This exposure causes a range of chronic and acute conditions including child pneumonia, lung cancer, chronic obstructive pulmonary disease, and heart disease, as well as low birth-weight in children. It can cause disabling effects such as cataracts: affecting more women than men, and the leading cause of blindness in developing countries.

Burns are an additional risk, with the WHO estimating that there are over 300,000 deaths per year from fires alone. Fire-related deaths rank among the 15 leading causes of death among children and young adults 5–29 years old.

Forests are declining worldwide and although the rate of deforestation appears to have slowed, globally around 13 million hectares of forests were lost each year between 2000 and 2010, as compared to around 16 million hectares per year during the 1990s (FAO, 2010).

The Food and Agriculture Organization (FAO) has calculated that at a global level, woodfuel collection accounts for nearly half of all removed wood (FAO, 2010) and more than three quarters in Africa and Asia. This is a complex issue because charcoal, which is in high demand in urban areas, comes predominantly from

felled trees, while the wood collected by rural women for their own use is mainly dead wood taken from the trees – as they wish to conserve the tree for the future.

Fuel efficient biomass stoves could help to reduce over-harvesting and contribute to increased tree growth. Such interventions need to address the charcoal trade and use in urban areas as much (or perhaps even more) than rural wood use.

Emissions from burning solid fuels in open areas and traditional stoves have significant global warming effects, due to incomplete combustion, and where biomass is sourced from non-renewable supplies. Per unit of energy delivered, open fires are the most greenhouse-intensive fuel system in the world (Garrett et al., 2009).

An important factor that is coming to light is the role of ‘black carbon’ – commonly referred to as soot. It is produced by burning fields, diesel engines and also by inefficient domestic stoves. It is hard to estimate accurately, but it is believed that stoves create around 23% of all global emissions of black carbon (Bond, 2010b). A 2013 report suggests that it plays a much bigger role in global warming than many scientists previously thought, suggesting it is second only to carbon dioxide in the amount of heat it traps in the atmosphere. It also causes faster glacial melt in the Himalayas and elsewhere (Bond et al., 2013).